We’re a top rated local Land Rover repair services shop in San Leandro, CA.
Land Rover is one of the brands that really calls to nomads, travelers, and everyone looking for an able and effective vehicle able to do just about anything you can ask it to. Of course, the more you challenge your Land Rover the more maintenance it’s likely to need from your mechanic. That’s where Precision Auto Care comes in for vehicles in the San Leandro, Castro Valley, Hayward, Oakland, and San Lorenzo areas. We’ll make sure your Land Rover is in top condition for as long as possible. But don’t take our word for it, let’s take a look at some of the Land Rover models Precision Auto Care already takes care of in the greater East Bay area.

The Range Rover SV is well suited for off-roading, commuter driving, and taking road trips in luxury and comfort. The Range Rover SV isn’t just designed to be able to do anything you want it to do but to keep you in the lap of luxury while you do it. With the premium price tag, premium performance, and premium styling though comes the need for high-end and effective maintenance. Your Range Rover is only ready for off-roading so long as your mechanic keeps it that way, and that means paying special attention to the brakes, suspension, and drive train to keep everything in top working order.

The Range Rover Evoque is a more upscale version of a Range Rover, with similar performance power, but a lowered body and a design more suited to cruising city streets than climbing rocks or scaling mountains. It can do it all, but the Evoque is about being comfortable and making you look good at the same time. That might sound like a lighter maintenance version of the Range Rover, but that simply isn’t the case. City driving puts almost as much wear on your brakes, if less on the suspension, and your engine and transmission will both last longer if you get a mechanic willing to give them the TLC they deserve. 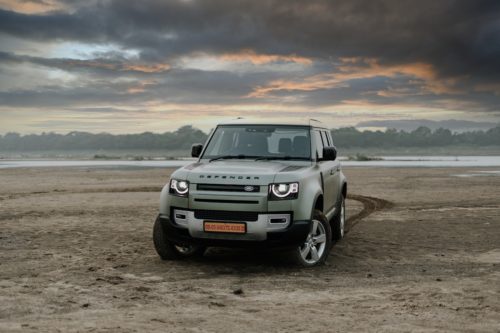 Land Rover might be best known for the Range Rover line, but that doesn’t mean that there isn’t a lot of variety and options within Range Rovers. The Velar is yet another version of the Range Rover, and its design is a good halfway point between the SV and Evoque versions of the Range Rover. The Velar is due for a restyle, but the coming 2023 model promises just that. If you’re looking for a mechanic that can take care of your Velar, and keep it the flexible Range Rover for both city and off-roading use, you’re in the right place. We know how to strike a balance between the different features and capabilities of a Velar, tending to the needs of the transmission for city driving, while keeping the suspension ready for your next adventure.
_

The Land Rover Discovery might be less popular and lower-rated than the Range Rover line, but that doesn’t mean it’s a bad vehicle overall. The Discovery is a commuter vehicle but doesn’t offer some of the exciting features often included in the Range Rover lineup. That said, the Discovery, like other Land Rovers, can go just about anywhere with the right mechanic and the right maintenance supporting it.
_

The Range Rover Sport is a more economical version of the Range Rover line, designed to be more accessible to consumers than the SV, Evoque, or Velar. That said, the Sport does have a little more maintenance requirements than other Range Rovers, not because it’s a worse vehicle but because the cutbacks in price mean that you need a little more TLC to get where you’re going. Overall, the Sport doesn’t need much specialty care, just the same kinds of care a little more often. If you’re looking for a mechanic that understands the variety and different performance needs that make a Land Rover great, you’re in the right place. Make an appointment with Precision Auto Care and see the difference a great mechanic makes in what even the hardiest vehicles can do.
_